This can cause pain, either from bone on bone contact or due to damage to the interspinous ligament between each process, which has been shown to contain nerve fibres. The most commonly affected sites are the processes directly under the saddle, however they can be anywhere from the withers to the lumbar vertebrae.

Clinical signs can include anything from back pain on palpation to poor performance to generally unhappy/angry behaviour.

Diagnosis is made via a combination of musculoskeletal examination, radiographs, blocking with local anaesthetic and bone scan. 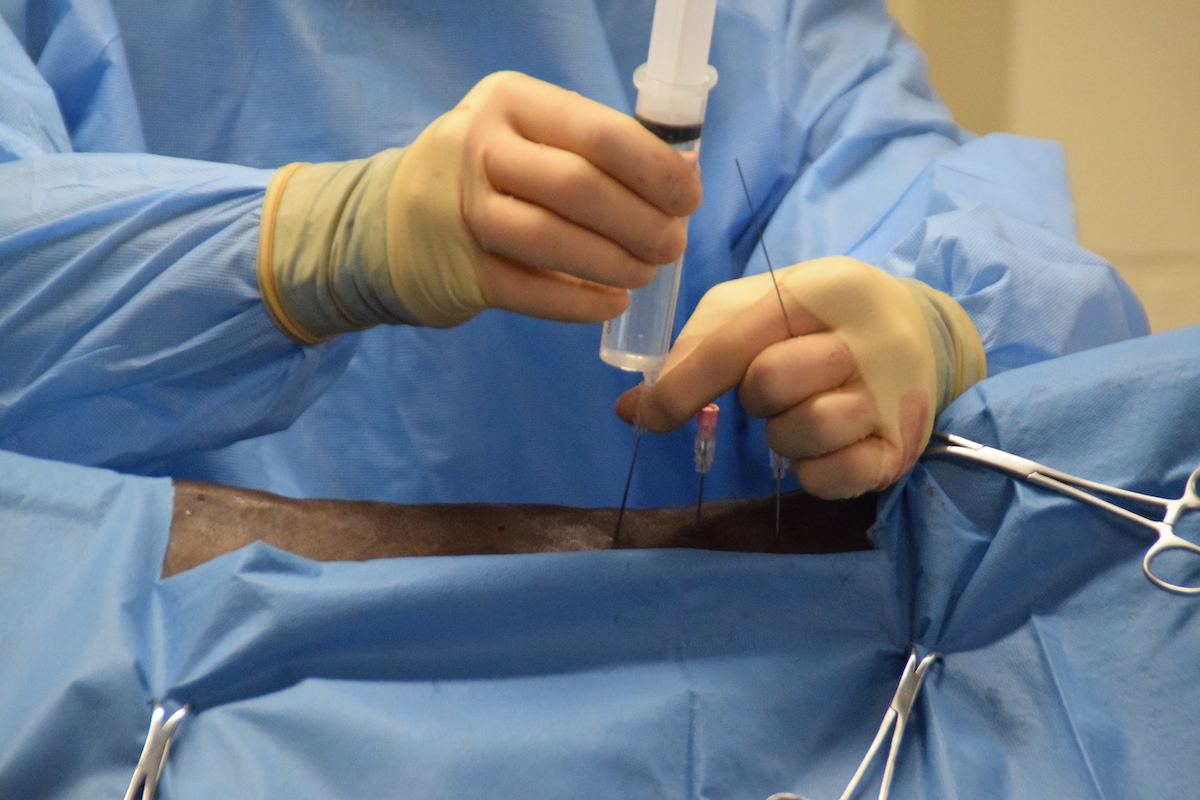 Traditional surgical technique to remove the affected bone have involved a very large incision, a lot of damage to surrounding structures and infection and complications in wound healing. For select cases a newer technique of an interspinous ligament desmotomy involved small incisions and cutting of the ligament between the processes allowing them to separate more when the back flexes and extends, however is not possible in more severe cases where there is overriding of bone.

At Endell Equine Hospital, we perform a new technique, which is the best of both worlds. An incision that is only ~1.5cm long is made over each affected space and the bone (and ligament) is removed through these small incisions leaving large spaces between each process. This reduces the risk of wound-related complications and allows the horse to return to work quicker after their rehabilitation period, as well as having a better cosmetic appearance. 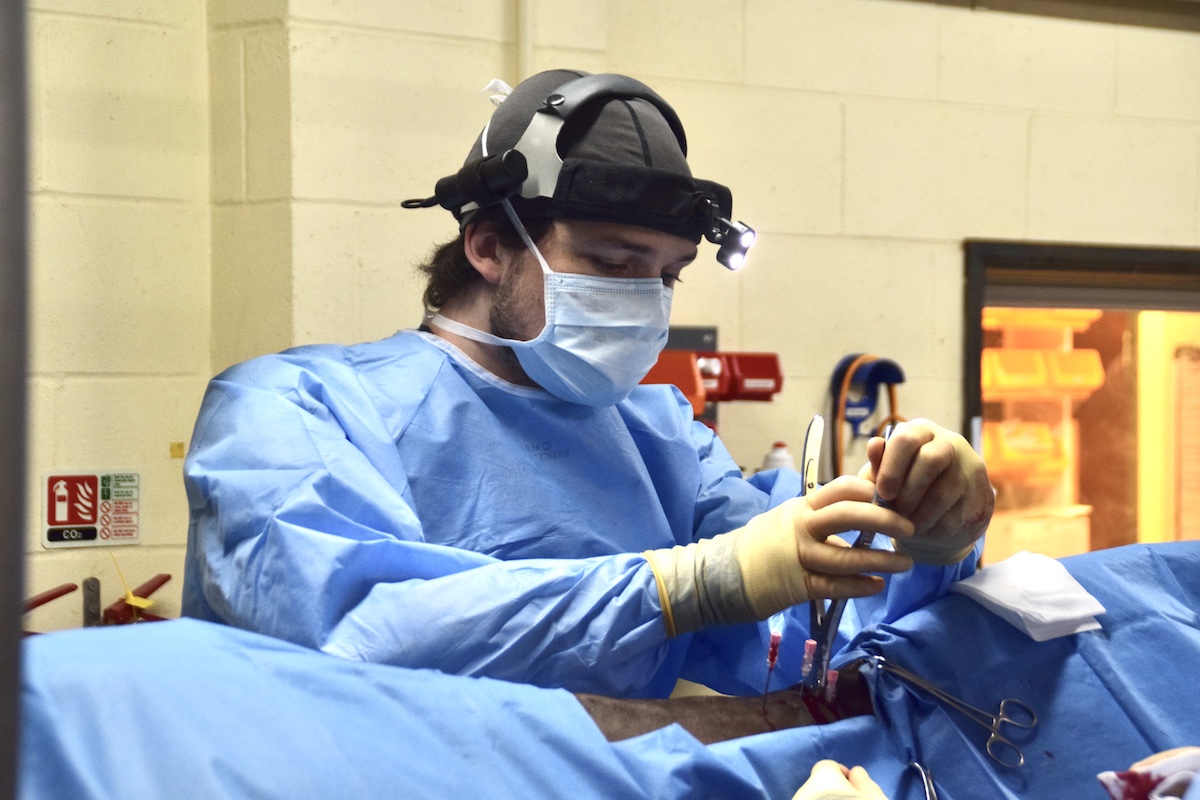 The image above shows the same horse before and after surgery, as highlighted by the yellow circles. The yellow arrows indicate the abnormal bone, with some dark areas within the bone (lysis) and also increased bone where it is more white (sclerosis). The post-opeartive image, 1 day after surgery shows a significantly enlarged space either side of the affected area before surgery, where there is no longer bone on bone contact.

One of the major advantages of the new minimally invasive surgery technique, is the quick healing of the small incisions and the excellent cosmetic appearance as shown in the image below. 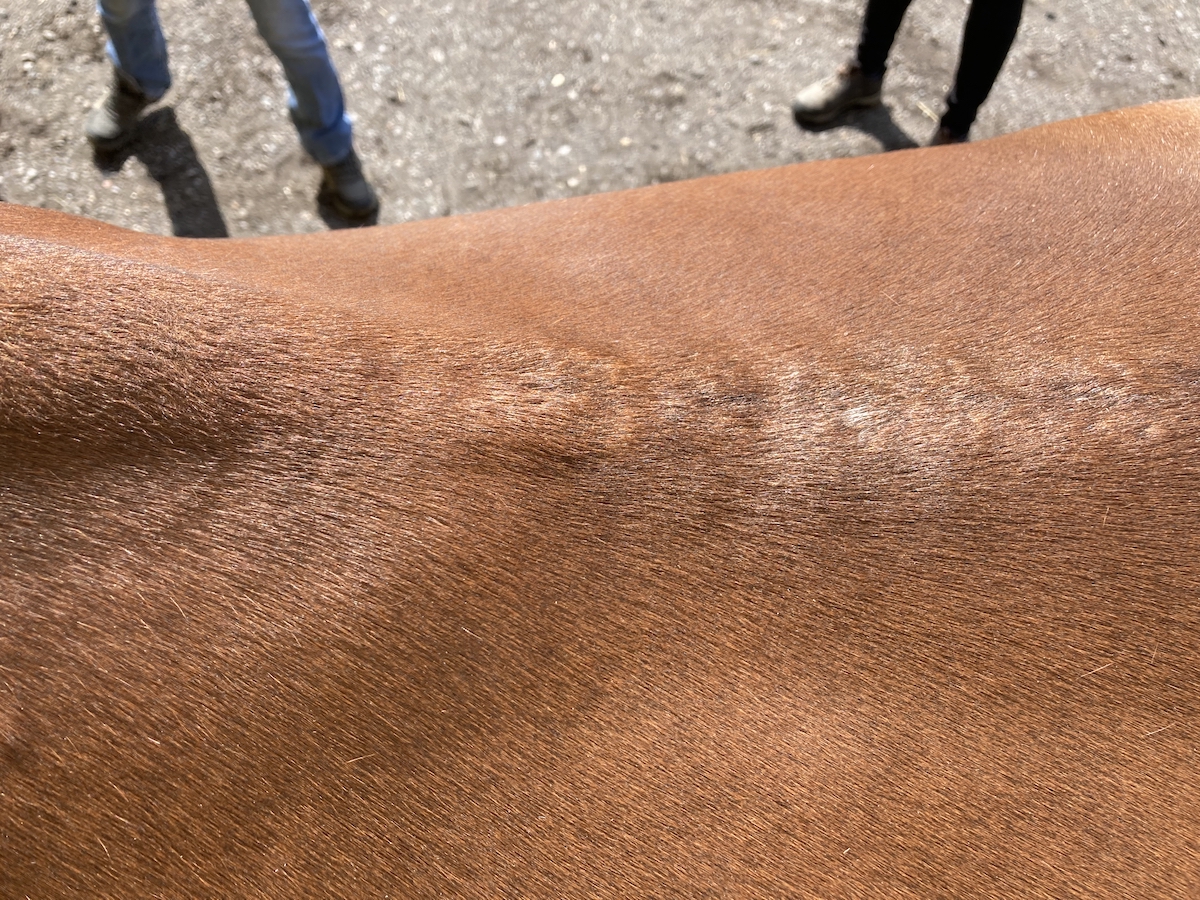 This horse had surgery at 6 spaces a few months before this picture was taken and there was an excellent cosmetic outcome as well as a significant improvement in clinical signs.

Click the button below to watch a fast-forward video of Andrew performing a back surgery at Endell Equine Hospital.

For emergencies outside of office opening times, the same Equine Hospital number will be answered by our pager service.

IMPORTANT- If you have not been contacted by the duty vet within 10 minutes please contact us again stating that this is a repeat message.